Forest Ridge School of the Sacred Heart is a middle school for girls, and a high school for girls. The middle school girls, grades 5-8, had a soirée for dads an daughters on October 18, 2014. I was one of three caricature artists, along with Lou Medina and Vincent Yee. Nice working with you guys!
Here are a few of mine. 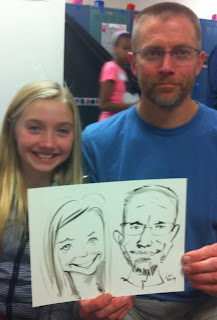 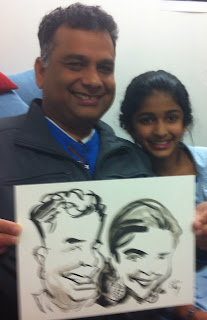 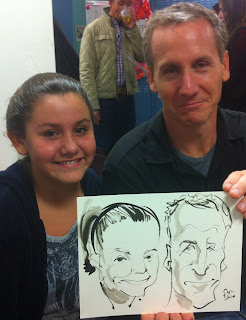 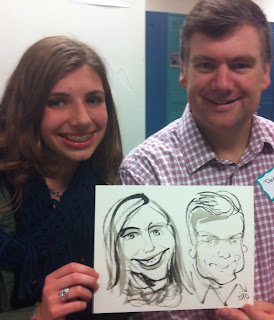 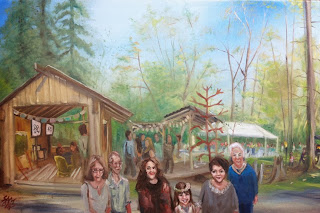 Maroni Meadows is a is a five acre Eden in the woods-cum-suburbs of Snohomish County, Washington, northeast of Seattle. Among expansive lawns, there are several small, rustic structures, and a pond.  Many couples tie the knot on the little island in the pond, separated from their guests by a short footbridge. But Jen and Jenny actually already married earlier in the year, in a more private ceremony, which these festivities commemorated. After dinner under the large tent, two large flat screens showed scenes from the wedding, seen in the tiki hut on the left of the painting. Dancing followed on the deck in the center of the painting. In the foreground are the brides and their parents, and under a coronet of flowers, is daughter Lily. 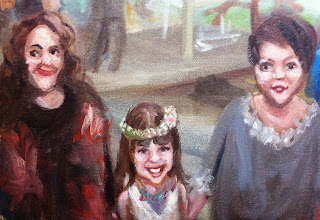 Posted by Sam Day - Wedding Painter at 7:45 PM No comments: